Posted by Craig Takeuchi in : News and Events
Source: The Georgia Straight

Stunt coordinator and film industry veteran Danny Virtue was honoured by the Motion Picture Production Industry Association of BC on January 28 for his outstanding community citizenship.

The Motion Picture Industry Association of BC honoured film industry veteran Danny Virtue with the inaugural BC Creates Community Award on January 28 at Studio Records.

Virtue has numerous credits on film and TV productions, including Bordertown, Hawkeye, The Commish, An Unfinished Life, Gunless, Shattered, and The Romeo Section, as a stunt performer and stunt coordinator since 1983. He also wrote, produced, and directed episodes of the TV series Neon Rider.

In 2002, he established the non-profit Virtue Foundation based in Mission, B.C., which is dedicated to raising awareness about children with physical, mental, or financial challenges. Virtue was inspired to begin a riding program for sick or underprivileged children using horses retired from the movie industry. 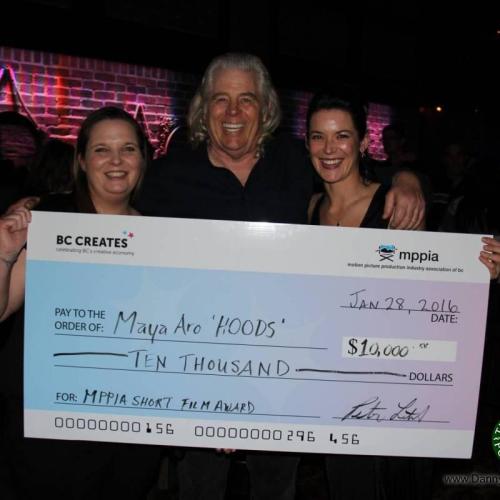