Casey and the Octopus is coming to the stage

Posted in : News and Events

“Casey and the Octopus” is a story of a remarkable young man named Casey Wright. He has been battling cancer since he was six months old. At 19 years old, he has undergone 10 different surgeries and survived a brain tumour. Now, he's a spokesperson and champion for others in the fight against childhood cancer. This new theatre production show is executive produced by Danny Virtue of The Virtue Foundation and Jim Crescenzo and written by Ben Ratner. 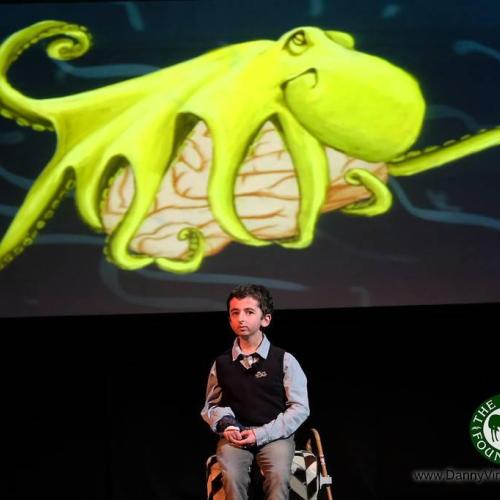 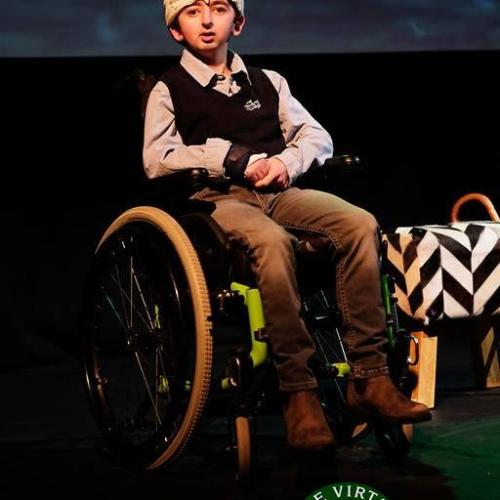 Casey Wright, now 19 years old, has been fighting cancer since he was a baby. He was diagnosed with a brain tumour at 6 months old, had two courses of chemotherapy and 4 surgeries before he was 5. The tumour has caused blindness in one eye, short stature, and various endocrine challenges.

The chemotherapy shrank and stabilized the tumour until January of 2012 when the vision in the sighted eye began to be affected. Major surgery to remove the tumour was performed on February 1st, 2013 (his 9th surgery). 10 days later, while recovering at home, Casey suffered a massive stroke which paralyzed his entire right side and left him without the ability to speak. He was rushed to Children’s Hospital for surgery again, and spent another 2 weeks in the Intensive Care ward.

Following that, he was transferred to Sunnyhill Health Centre for 3 months of rehabilitation. Then began further outpatient physiotherapy, occupational therapy and speech therapy. These continue to this day.

Despite his health challenges, Casey has remained brave and positive, and has been an inspiration to many. He has been a spokesperson for the campaign to raise money for a new Children's Hospital through his involvement with the BC Children’s Hospital Foundation; been a member of the Cops for Cancer Junior Team for many years, has been active with the Sunshine Dreams for Kids and the Michael Cuccione Foundation. Impressively, Casey is the only civilian in Canada to hold the rank of Honorary Staff Sergeant Major in the RCMP, an award bestowed on him by the Commissioner of the RCMP.

Casey has taken part in fund-raising initiatives and events for many businesses and community organizations over the years. He has spoken publicly at Galas, businesses, schools and the Children’s Hospital Telethon; and has been the subject of several Global News stories over the years. Casey has taught us all about Hope and Love.

From the Wright Family

Our hearts are full and our gratitude endless. In particular, we want to thank our Executive Producer, Jimmy Crescenzo along with his East End Boys Club, for bringing the show to life at theatre Temp; and Ben Ratner, for his accomplished writing and directing of Casey’s show. Many thanks also to the rest of the crew and to the staff at Templeton Secondary School.

None of this would have been possible for us without Danny Virtue and the Virtue Foundation. Our fortuitous meeting with Danny and Charlotte at “Day at the Ranch” in 2014 changed the course of our lives and gave us the opportunity for a fresh start. We are forever grateful to the Virtue Foundation for embracing us, giving us a peaceful home on the Ranch that allowed us to heal, regain our energy, try new things and have experiences we would not have had otherwise; and ultimately to move forward.

With hope and love to you all,
The Wright Family - Larry, Kim, Jemma, Casey and Z We are forever grateful to the Virtue Foundation for embracing us, giving us a peaceful home on the Ranch that allowed us to heal, regain our energy, try new things and have experiences we would not have had otherwise; and ultimately to move forward.